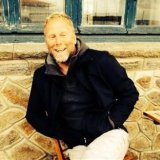 Mic is a self taught artist based in Totnes, Devon. A charismatic, unfettered and prodigious talent whose art captivates and sings from the canvas. He demonstrated extraordinary artistic talent in his early years and fervently believes that genetic quirks meant that his artistic destiny was unavoidable.

Mic was influenced and inspired by Ken Paine, the renowned pastel artist and is immensely proud to have worked along side him in the 1990’s. Ken’s work is recognised worldwide and he was awarded the coveted title of Master Pastelliste by the Societe des Pastellistses Internationale et des France, an accolade rarely awarded to an Englishmen.

He is also proud to work alongside Bridget McCrumb, the sculptress, at her studio in Devon.

Working with prolific experiments, different theories, techniques and ideas, Mic skilfully uses the paint medium as expressive element and his freedom of expression is gained from a core belief and confidence in his chosen subject matter. He remains unafraid to touch the boundaries of the human mind frequently creating a pandemonium of the senses and a crystallisation of moments in time.
Next
Previous
Ref:
Date:
Location:
Photographer:
Next
Previous
Ref:
Date:
Location:
Photographer: 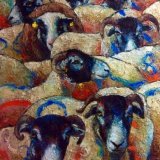 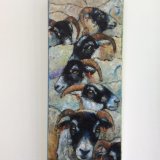 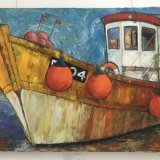 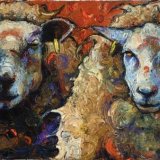